The Eurofleets+ Virtual Playground (VP) is a web-based tool that fosters a new vision of collaborative science, facilitating to bridge the gaps between different scientific domains and ways of thinking. The VP provides a space of data, information and knowledge in which collaborative research can take place in the easiest way.

The VP offers the possibility to create projects where PIs are enabled to load an ontology as a concept map that will act as the boundary object of the collaborative work. The VP offers prototype tools to work together interacting with the data (viewing, analysing, annotating) and communicating and discussing (messaging, forums, posting) with other members of teams and communities.

The system has been developed by OGS with opensource software and is an extension of the COLLA framework that was earlier developed by OGS. The VP provides a Virtual Research Environment where researchers have the possibility to process data and share not only results but also methods. This is achieved by sharing scripts themselves. This way it is possible to enlarge the possible methods to pack, transmit, decode and use knowledge.

Using the COLLA framework, a knowledge space can be built on top of an ontology that can guide researchers' activities. The ontology can be built using software such as for example Protégé and uploaded in COLLA to be visualized using Ontodia, a web-based ontology visualizer.

The VP can be accessed at the following web address: https://colla.ogs.it.

Users can register to the platform and can ask to the site manager to create a new project. 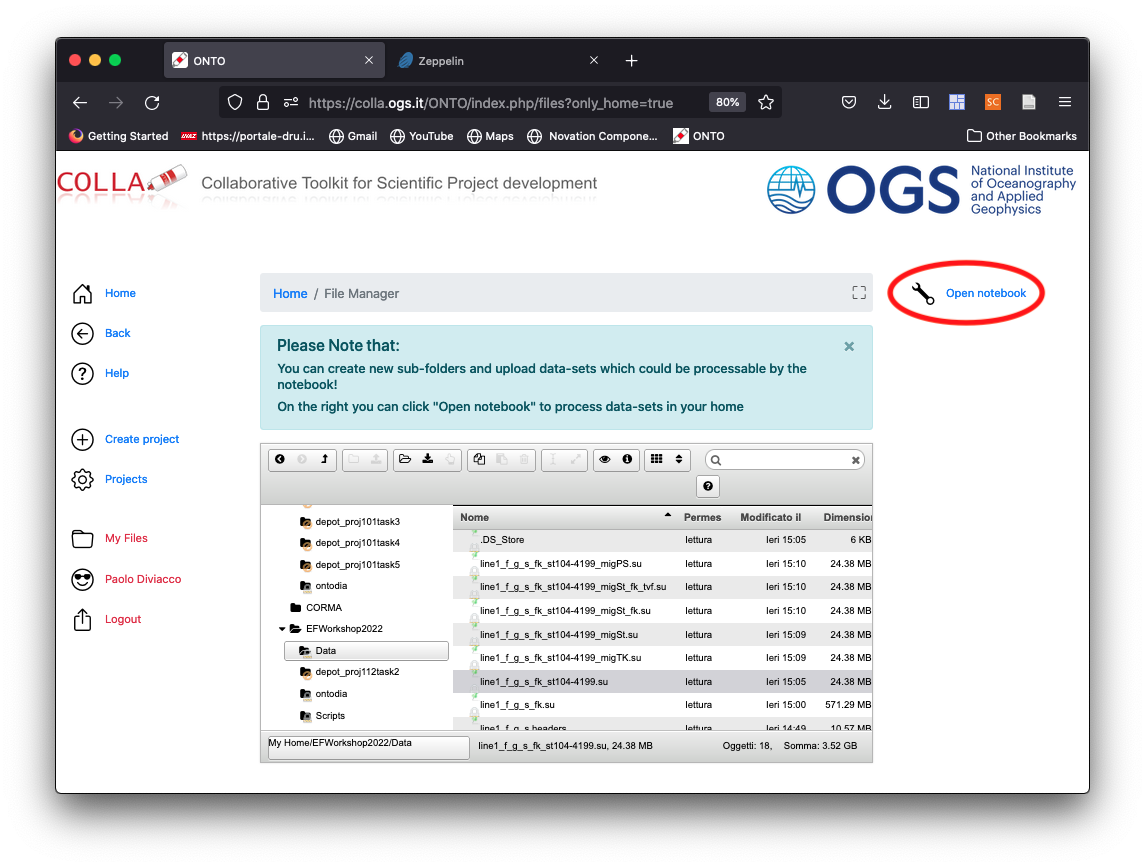 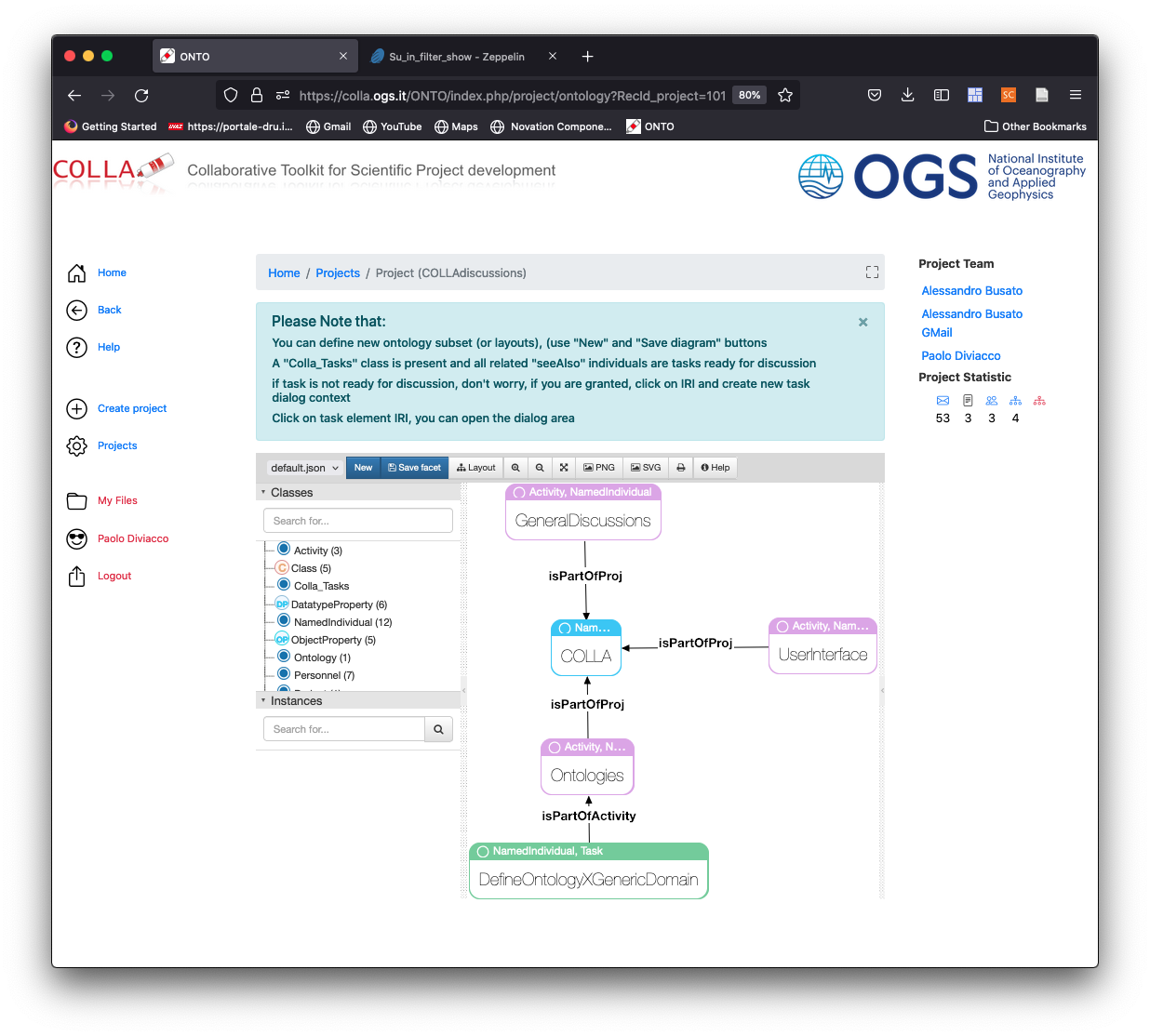 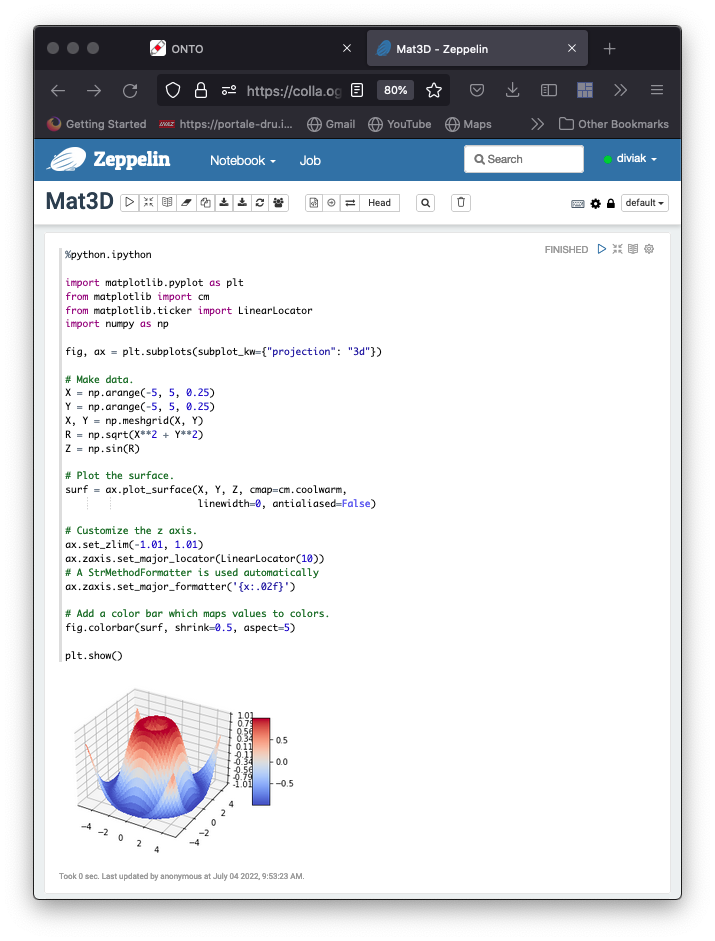